Alzheimer’s disease progresses slowly and insidiously. The symptoms are usually barely noticeable at first – minor forgetfulness, difficulty concentrating and problems with abstract thought. Later, patients experience more severe symptoms such as loss of memory and reduced language skills. A new study shows that the diagnosis of Alzheimer’s disease is often not accurate. Patients are misdiagnosed with Alzheimer’s more often than one would expect.

Alzheimer’s Disease May Be Over Diagnosed in the Elderly

People with Alzheimer’s disease usually have three characteristic brain lesions: plaques, neurofibrillary tangles and granulovacuolar degeneration. Their brains are also usually smaller than normal due to atrophy or loss of brain volume.

Researchers performed a post-mortem exam of the brains of 426 Japanese-American residents of Hawaii. Almost half of them had been diagnosed with Alzheimer’s disease while still alive. Many did not have enough evidence on autopsy to confirm this diagnosis.

A diagnosis of Alzheimer’s was not confirmed because their brains lacked enough of the characteristic lesions. Many actually had brain abnormalities that suggested other forms of dementia. In fact, half of the people they autopsied didn’t have enough evidence to confirm they had Alzheimer’s disease while they were alive.

Alzheimer’s Dementia Is Not the Only Cause of Memory Problems 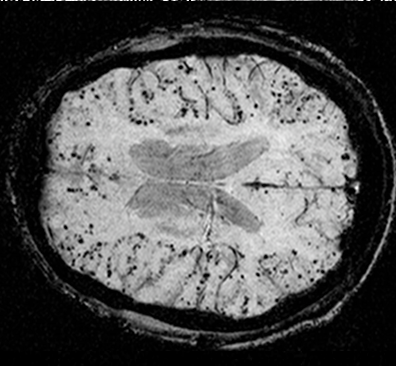 By SBarnes [CC BY 3.0 (http://creativecommons.org/licenses/by/3.0)], via Wikimedia Commons

Diagnosing Alzheimer’s is tricky and the misdiagnosis rate is high. Make sure anyone you know who is being evaluated gets a thorough work-up since Alzheimer’s disease is not the only cause of dementia.

THE LINK BETWEEN NUTRITION & MEMORY LOSS

Signs That You Have Diabetes and Don’t Know It
Scroll to top
Manage Cookie Consent
To provide the best experiences, we use technologies like cookies to store and/or access device information. Consenting to these technologies will allow us to process data such as browsing behavior or unique IDs on this site. Not consenting or withdrawing consent, may adversely affect certain features and functions.
Manage options Manage services Manage vendors Read more about these purposes
View preferences
{title} {title} {title}